Only select more than 1x ‘Room’ when you are wishing to book more than one apartment.

Example 1: If you require one apartment that can accommodate 4 guests, enter 1 into ‘Rooms’ and 4 into ‘Guests’. The search will show you the range of 2 bedroom and 3 bedroom apartments available.

Example 2: If you wish to book a 3 bedroom apartment and accidentally enter 3x ‘Rooms’ this will reserve THREE separate apartments. Each apartment sleeps up to 6 guests.

Arguably Hobart’s most picturesque suburb, the historic Battery Point is best explored on foot. Roam charming streetscapes lined with quaint sailor cottages and lovingly restored heritage abodes. Stop to smell the colourful rose varieties that line Kelly Street as you wander around the corner to Hampden Road, Battery Point’s main artery and one of Hobart’s finest restaurant and café strips. Here, iconic eateries like the D’Angelo’s and Jackman & McRoss Bakery are a drawcard for tourists and locals alike.

A five-minute stroll along the street and down historic Kelly’s Steps brings you to Salamanca Place and Hobart’s waterfront where you’ll discover a collection of galleries, boutique shopping, and artisanal produce. Sample local gin, wine and award-winning whisky from one of the many specialty bars and eateries, you’ll be spoilt for choice. Saturdays bring the bustle of the famous Salamanca Market to the cobbled thoroughfare – collect fresh bread, flowers, seasonal veggies, and perhaps a souvenir or two and return home to your apartment long before tourists have time to ask “where do I park?”

This precinct is a focal point for some of the state’s most vibrant arts events, including Dark MOFO, the Taste, Ten Days on the Island and the Festival of Voices. 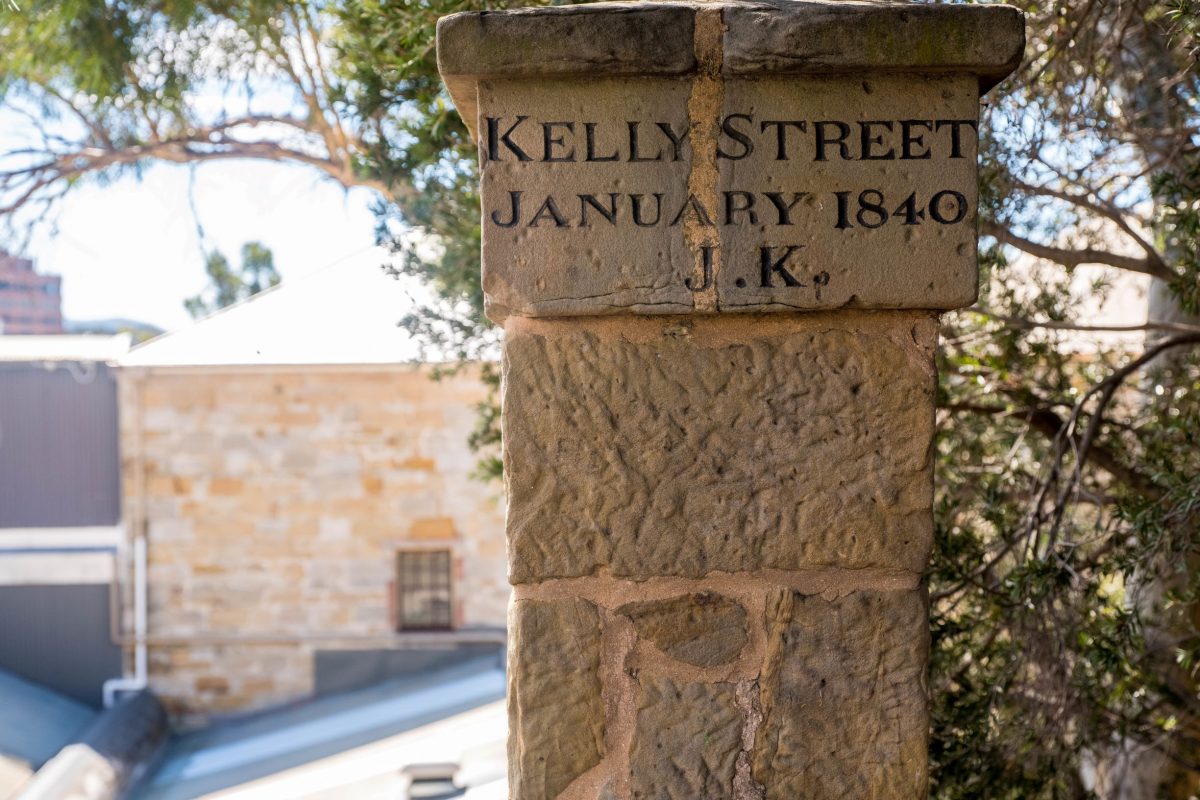 In the early years of Hobart Town, the now highly sought after suburb of Battery Point was an untouched coastal headland that supported tribal groups of the local indigenous Muwinina people.

The area is named for the Musgrave Battery—a battery of guns that Governor Collins established on the southern side of the point in 1818, to defend the crucial  port at Hobart Town. The Reverend Robert ‘Bobby’ Knopwood was Hobart’s first chaplain and the first settler to own land at Battery Point.

The warehouses at Salamanca have existed since the 1830s, when the government decided to construct a new wharf at the site of what we now call Salamanca Place. New Wharf had the advantage of deeper water and greater shelter, and was constructed to ease the burden of trade and shipping traffic at Old Wharf, located at Hunter Island, across the bay.  In the early nineteenth century, this area was the heart of trade and activity for the new colony of Van Diemen’s Land. 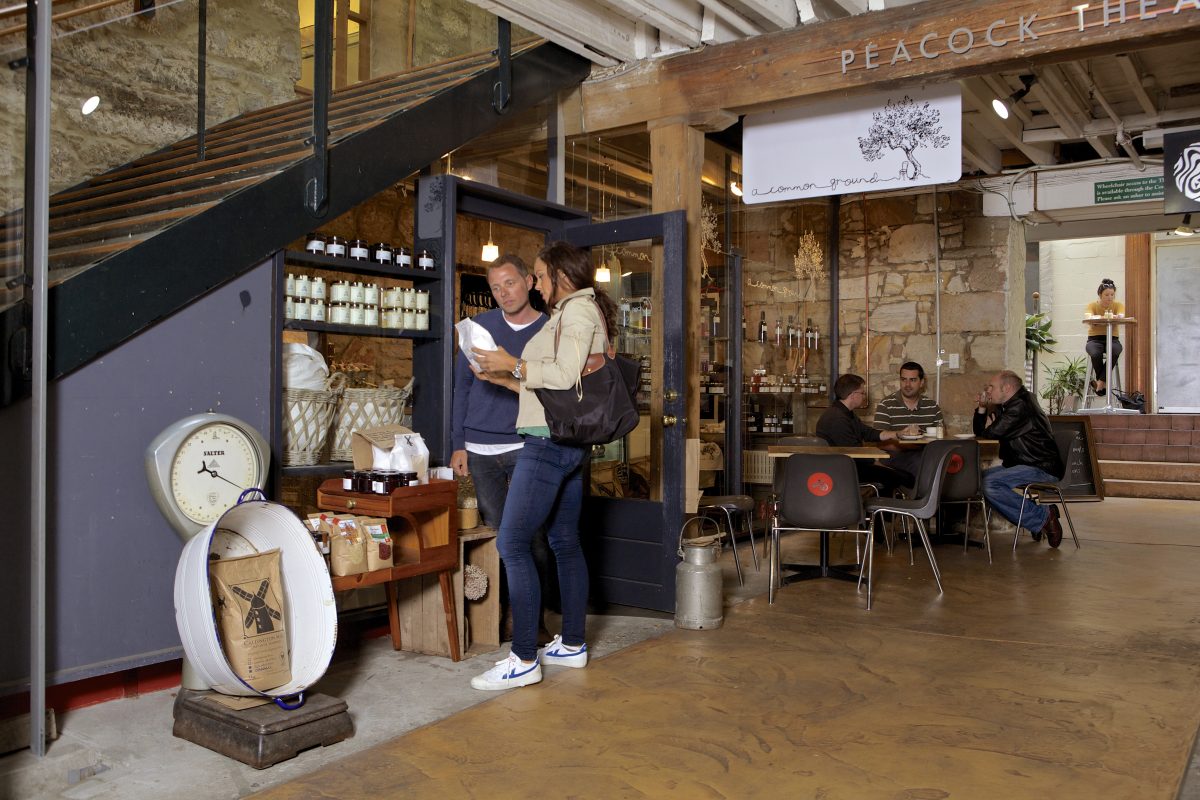 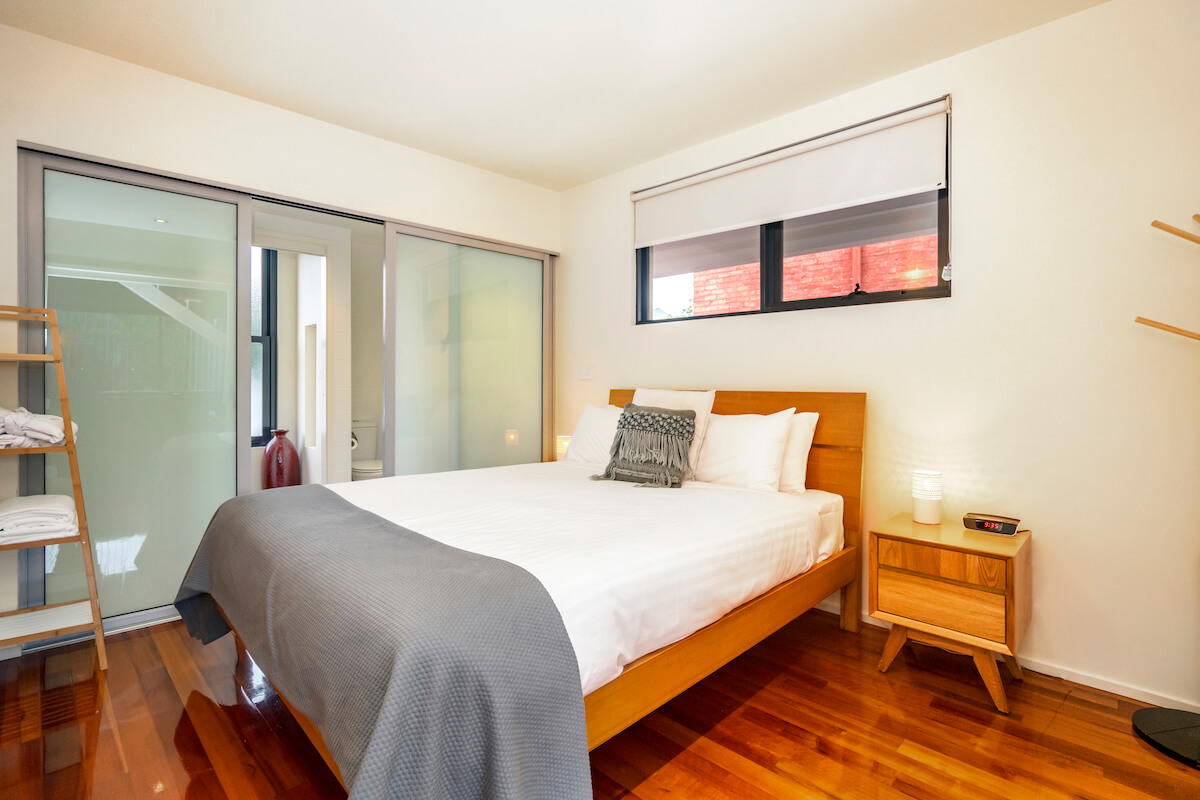 A private Battery Point property with outdoor entertaining area, this modern three-bedroom apartment is the perfect size and location to getaway with friends and family. 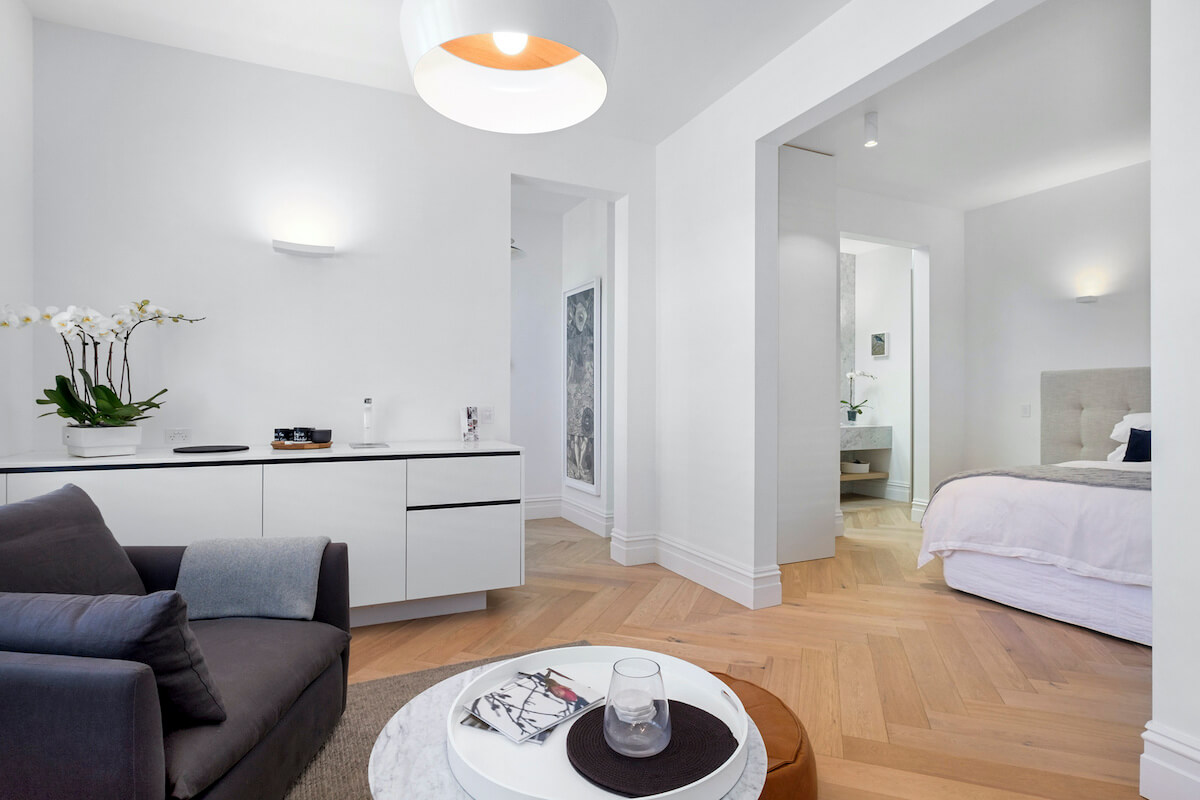 A hidden oasis, this apartment boast contemporary spaces, a fireplace, generous ensuite with luxurious bath, and a large private courtyard. 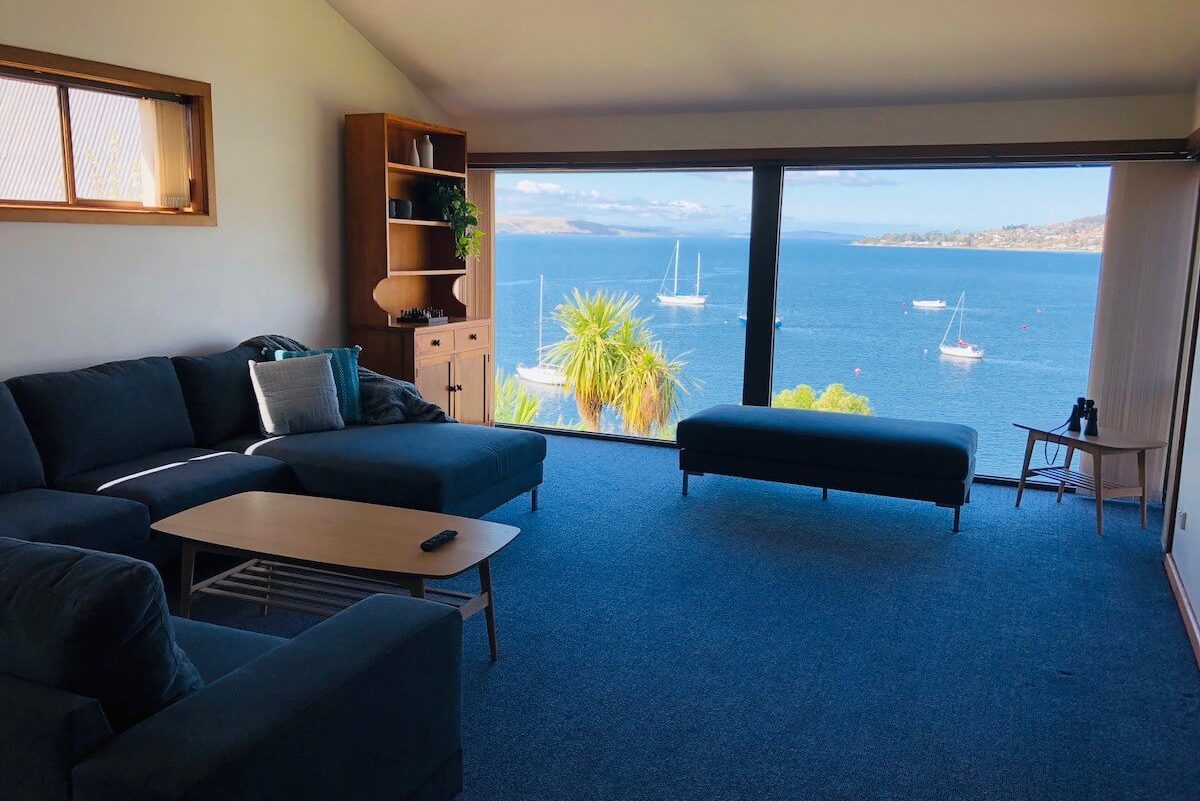 A retro gem with stunning river views and unique opportunity to stay in a waterfront property in Battery Point. 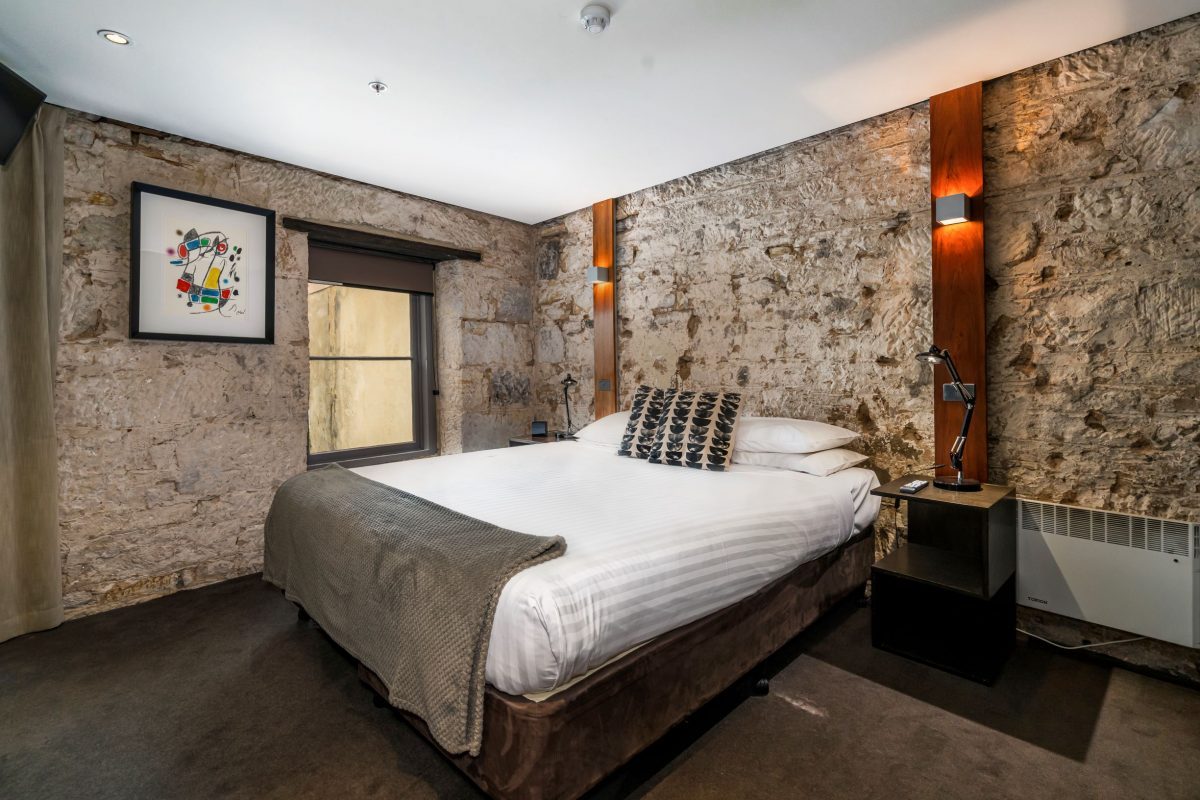 Featuring original, rustic sandstone walls and Juliette balconies, this contemporary apartment is a unique opportunity to stay in the heart of Salamanca Place. 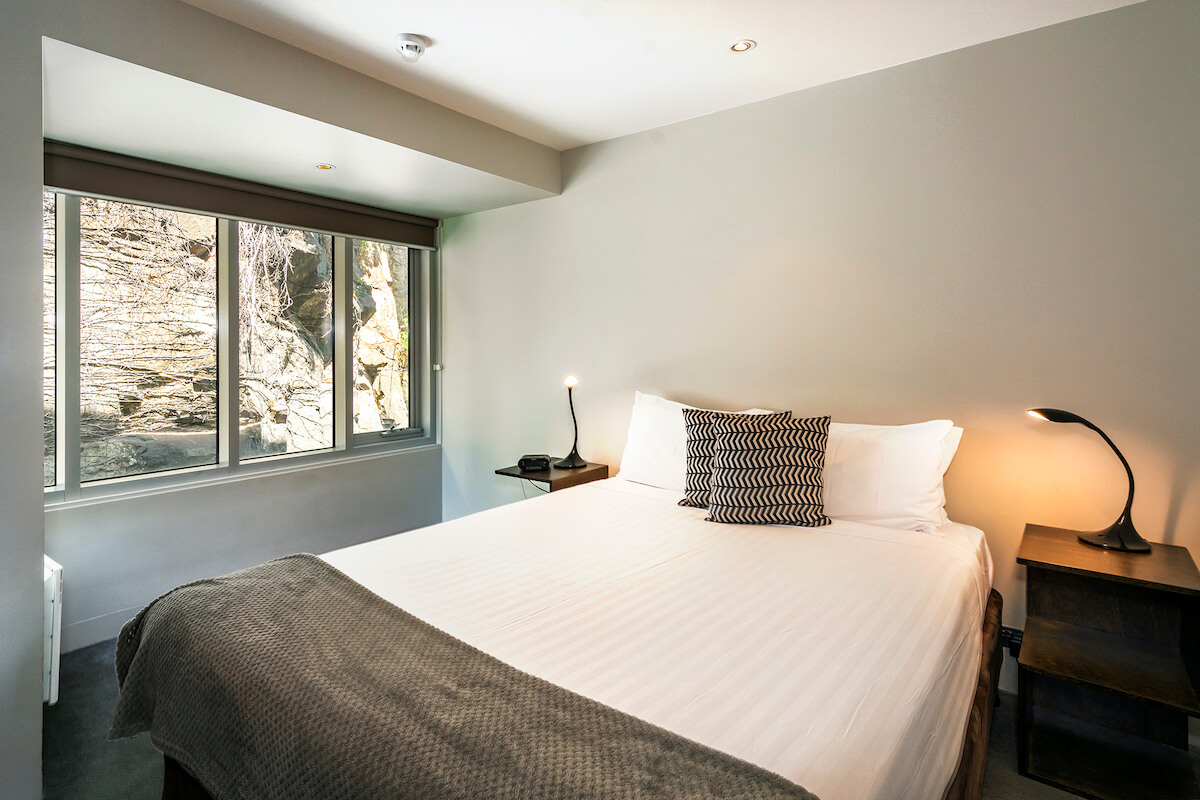 Situated behind the original sandstone warehouses of the famous Salamanca Place, each apartment is fitted out in a contemporary style.

A lovely apartment in the heart of Hobart’s Battery Point

‘Very well positioned just above Salamanca place. The apartment is well appointed, spacious, clean and very quiet. In the heart of lovely Battery Point and 5 minutes’ walking distance from one of Hobart’s best bakeries.  The staff at Sullivans Cove was extremely helpful and accommodating.’ 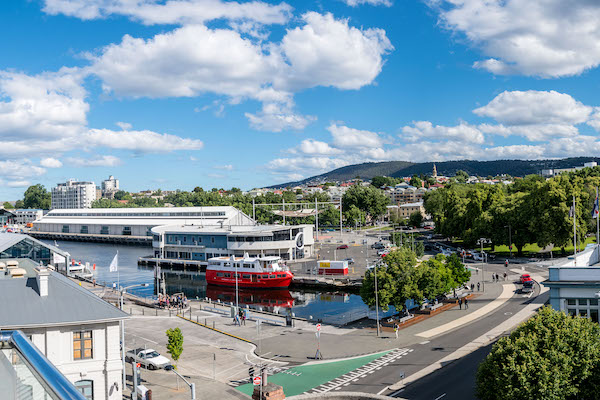 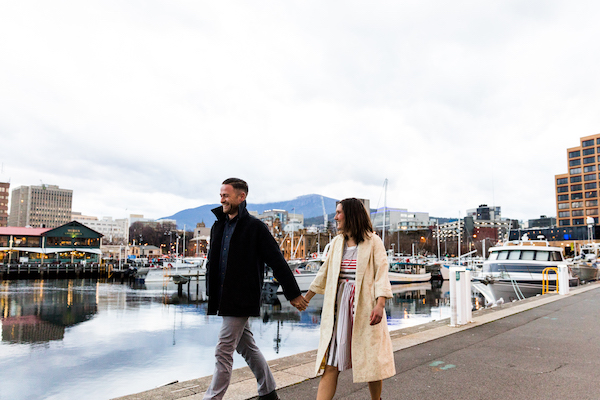